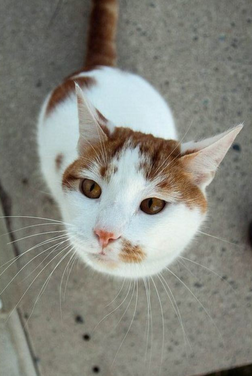 ​     Bing was dumped off in our bushes on a snowy Saturday night in 2009 as a kitten  with his two female sisters. His two sisters got adopted out but no one wanted to take Bing. He is the sweetest boy with the loudest purr. His favorite things are treats, sleeping, stealing breakfast sandwiches, and meowing if you don't feed him quick enough. His least favorite thing is the lawn mower man. 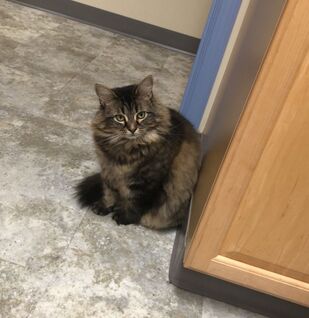 Aretha was brought into us in the summer of 2018 as a kitten. Her entire family was hit by a car and she was the sole survivor. We cleaned her up and decided we had to keep this playful kitty. Her favorite things are chasing flies and chasing Bing. She lives her life just as sassy as Aretha Franklin. 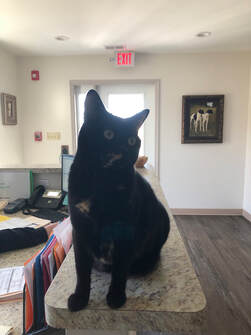 Harriet Lucille was found under a shed with her siblings at one of our technicians house. She now rules the boarding/grooming facility. Her favorite things include sunbathing, sleeping in Liz's office window, stealing thumbtacks, and greeting our boarders. She's a feisty little tortie with a big personality. 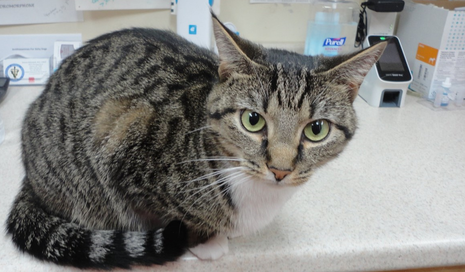 "Molloy"
​
Molloy came to us in 2019 as a kitten with her original owner. Unfortunately,  in 2022 her owner passed away unexpectedly and Dr. Flaggs' decided to make her ours. Her favorite things include running around her room, sitting in the sun, and giving kisses. 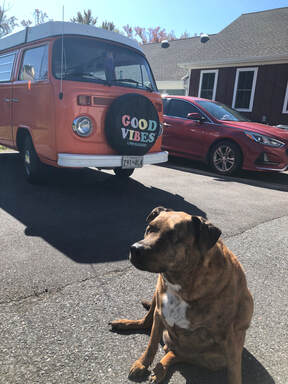 "Lil Sammy Kreek"
Sammy is a very special member of our team at Cabin Creek. It's best to explain his story in depth. He was born in 2012 down south and was in a high kill shelter. An amazing elderly couple adopted him and he became our patient at the age of 3. He struggled with many health issues starting at 8 ending with being down one liver lobe due to hepatitis, missing both eyes due to glaucoma and becoming diabetic, living in darkness and receiving 2 needles a day. Regardless, his parents loved him and his 15 year old sister Taylor more than anything. In late December of 2021, Sammy's dad had an accident and became incapacitated. A few weeks later, both is parents were hospitalized. Sammy and Taylor came to live with us until their parents recovered, but 5 months later, both parents passed away. So, Sammy and Taylor become our first hospital pups! Sadly, Taylor declined and passed away in June surrounded and loved by our staff. But, Sammy is still living his best life ever! He is the purest soul we have ever encountered. His disabilities do not define him at all. He loves where he is and loves the staff like family. His favorite things include laying in the grass sunbathing, go for rides, barking at anyone who isn't staff, and belly rubs!